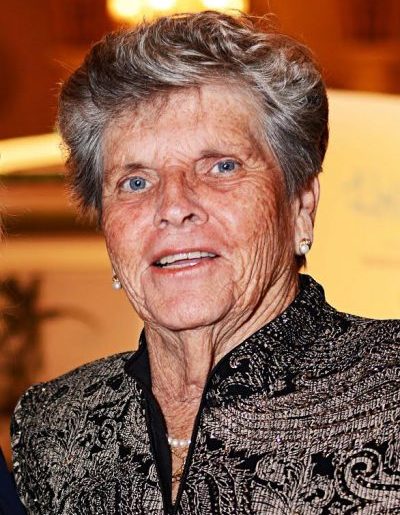 Catherine Reader, who spent a half-century of joyfully serving in a variety of faculty and administrative roles at Rosarian Academy in West Palm Beach, died of cancer on May 21.
She was 74.

Ms. Reader, a native of Brooklyn, NY was raised on Freeport, Long Island. After graduating from Southern Connecticut State College with a degree in physical education, she joined the faculty at Rosarian, which became her home for 50 years.

In addition to teaching and coaching softball, volleyball, basketball, swimming, and golf at the school, Ms. Reader also was instrumental in bringing interscholastic girls’ athletics to Palm Beach County, when she became part of a group of schools that provided competitive athletic programs for girls.

She later served as Rosarian Academy’s athletic director, theatre lighting director, and finally, its director of facilities. At the time of her death, she was the longest-tenured member of the school’s faculty and staff.

Throughout her tenure at Rosarian, Ms. Reader embodied the spirit of the school and was often referred to as its heart and soul. In addition to the love for her Rosarian Academy family, she also remained deeply attached to her own family, staying connected to them and supporting their endeavors.

A memorial Mass will be held in  Rosarian Academy’s theater at 5 p.m. on  Friday, June 4, 2021. In lieu of flowers, contributions may be made to the Rosarian Academy Scholarship Fund in honor of Catherine Reader.

For those who are unable to attend the service, it will also be streamed via the Zoom link below.